Located on the westernmost tip of Pembroke, the Spanish Point Boat club is one of Bermuda’s most popular venues for boating enthusiasts and anyone who likes to unwind and have a good time.

Attracting locals and visitors alike, we provide a beautiful, laid-back atmosphere in a venue rich with Bermudian history spanning back to 1943. With great company, convenient facilities and inexpensive drinks available to our members, we’ve earned a place as one of the island’s most well-known honorary heritage sites.

Learn more about our history here . Alternatively, you can browse our list of facilities or get in touch with us for more information about Spanish Point Boat Club.

Monday through Thursday 3pm to 8pm

Saturday and Sunday 3pm to 8pm

Reminder outdoor service only. SOCIAL DISTANCING AND WEARING OF MASK WILL BE ENFORCED

In a very short time the membership grew and so did the fleet. At this time it was decided to look for a Club House. Mr Leyland Simmons (better known as Pop Simmons) offered the old wooden building known as the Bungalow. This was accepted in 1944, but a great deal of repair work was needed, with the help of the members it soon started to look like areal Club House. After moving to this new location, the membership and fleet continued to grow. Boasting a fleet of 14 boats with hardly any
two alike in design, and ranging from 12 to 22 feet.

As the interest in the sailing fleet grew, some of the members purchased snipes from members of the Sandy’s Boat Club and Southampton Boat Club, while others decided to build their own boats at the Bungalow under the expert guidance of Kenneth Simmons Sr. and Tony Soares. 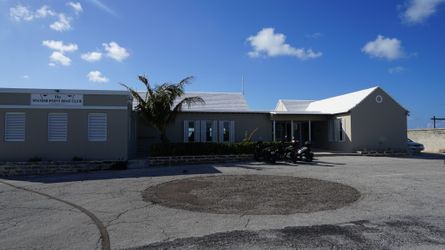 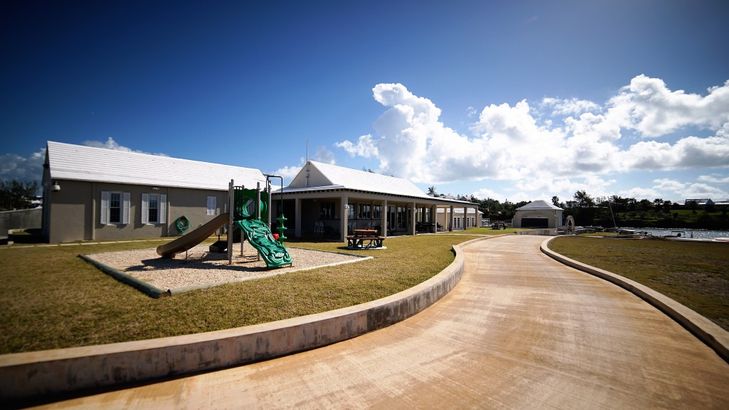 Again the Club membership grew and it was decided to look for a larger and more adequate premises. A decision was made to rent an old cottage at the end of Spanish Point road. The members were soon busy transforming this old cottage into a clubhouse containing; a bar, card room, dart room, and lounge. The bar was built by Tony Soares to resemble the hull and deck of a Snipe. Mr Llew Gibbons officially opened
the Club on the 7th June 1951. The Club was later incorporated on the 5th July 1955.

1956 was a big year for our Club and Bermuda. The SPBC along with the St George’s Dinghy & Sports Club and the Snipe Association, were given permission by SCIRA (Snipe Class International Racing Association) to hold the Western Hemisphere Snipe Championship here in Bermuda. To
top off the year, Bermuda took first place with skipper Eugene “Penny” Simmons and crew John Shirley. This was the icing on the cake after they won the SPBC Championship and the Bermuda National Championship.

The Club as you see it today was constructed in 1968 with Albert  “Brown” Tatem as Commodore, and we proudly continue the seafaring traditions of those who came before us to this day!

We rent private slips and moorings to our boat-owning members right out of Spanish Point. Our conveniently central location makes it easy to travel to the Great Sound in minutes, or start the journey east to St. George’s without having to navigate out of Hamilton Harbour.

Unwind inside the club with a few games of pool or snooker! Whether you want it competitive or relaxed, there are plenty of familiar faces kicking around the club who are usually up to the challenge. The Club as you see it today was constructed in 1968 with Albert  “Brown” Tatem as Commodore, and we proudly continue the seafaring traditions of those who came before us to this day! 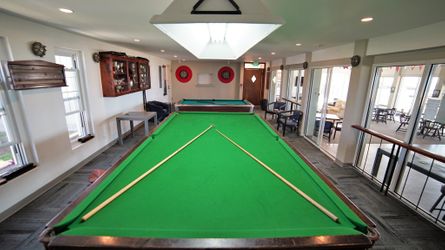 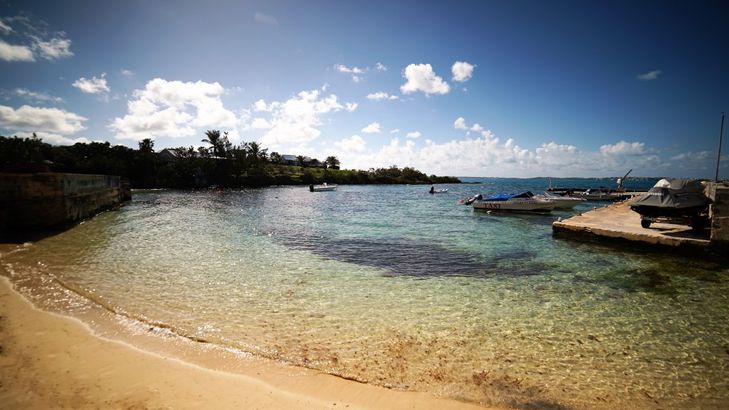 Spanish Point Boat Club has it’s own small private beach for the enjoyment of our members and their guests…One of the best places on the island to watch a beautiful Bermuda sunset!

What would a Bermuda boating club be without a well-equipped bar? Come and enjoy a delicious drink served by one of our friendly local bartenders, and watch news and sports on our large-screen TVs. 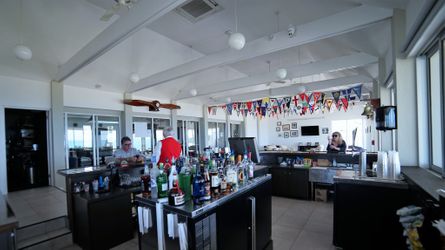 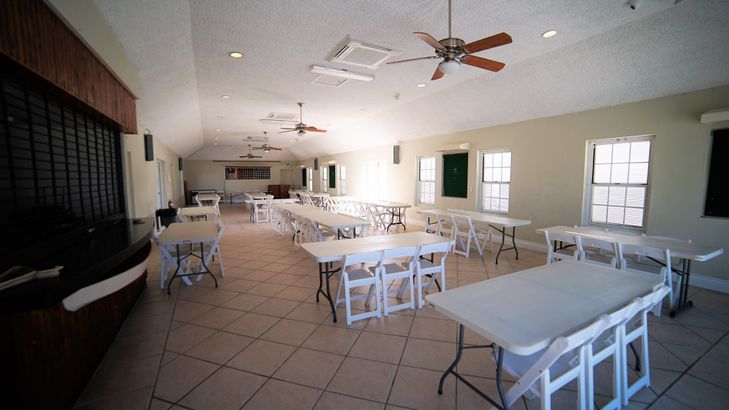 We offer in-club meeting rooms for those who need a private area to discuss important business. These can be booked in advance depending on availability.

Spanish Point Boat Club offers our spacious function room for rent to both members and non-members for private events. Whether you’re having a corporate gathering, party, ceremony or whatever else, we provide a fantastic venue that you’ll never forget.

Contact us to find out more about our rates. Hallhire@logic.bm

Spanish Point Boat Club is a very popular spot for local wedding ceremonies and receptions. With a gorgeous backdrop of the great sound and West End to complement your special day, it’s a beautiful venue with all the facilities and amenities to make sure everything goes smoothly.

Please contact us by telephone or email for a price quote.

Get in touch with the folks at Bermuda’s Spanish Point Boat Club to inquire about membership or with any other questions you may have!